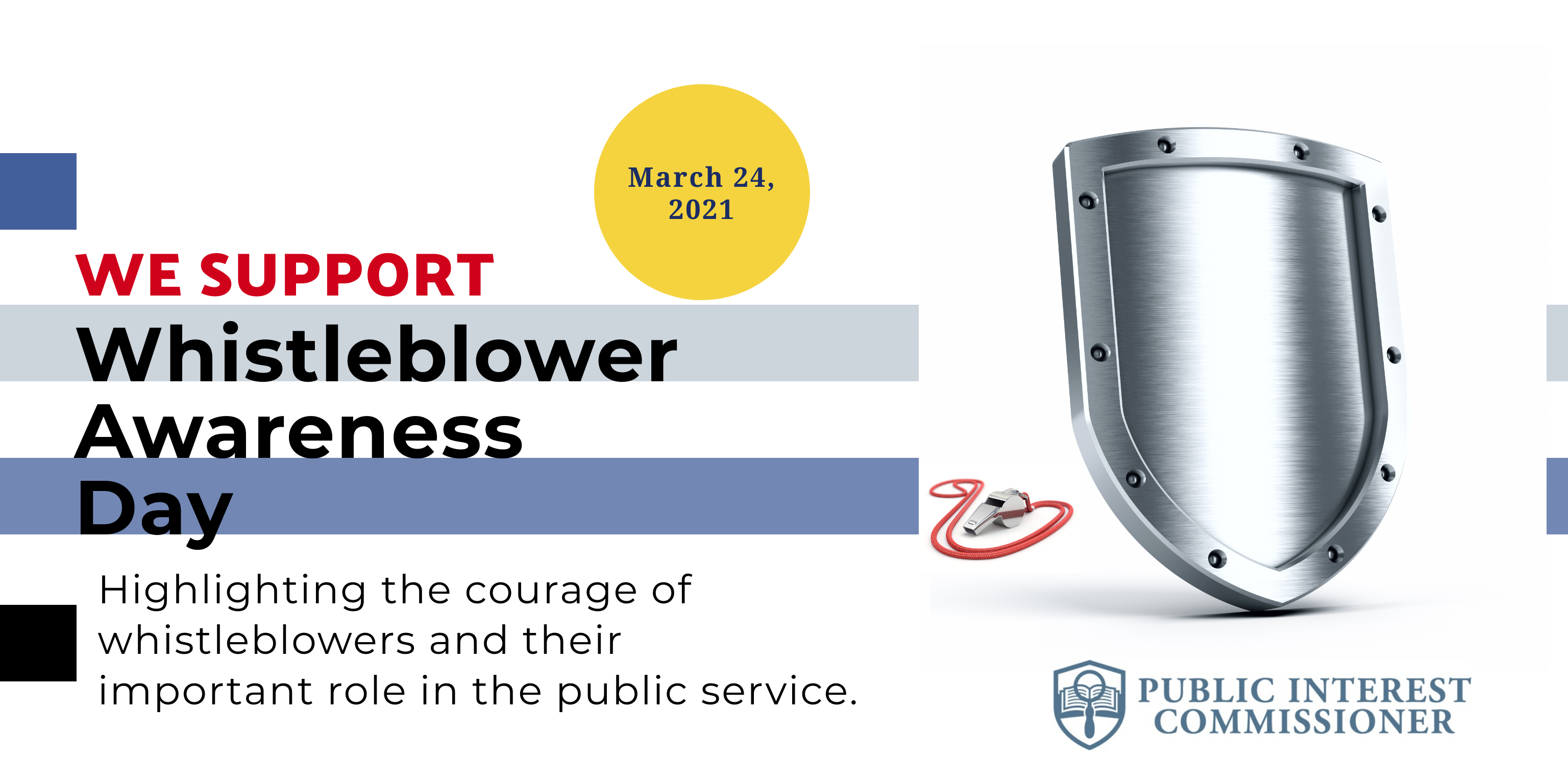 On March 24, 2021, organizations in various Canadian provinces working to achieve greater integrity in public services are proud to announce the creation of Whistleblower Awareness Day in order to raise public awareness of the role of whistleblowers in our society, as well as the awareness of the staff of government departments and agencies.

The aim of Whistleblower Awareness Day is to highlight whistleblowers’ courage and the importance of their role in strengthening the integrity of public institutions.

Participating organizations are taking the opportunity to remind public institutions that they must use all necessary means to protect the identity of the people who disclose information of public interest or who cooperate in the audits or investigations stemming from disclosures.

During this day of recognition, participating organizations will distribute communication tools in their respective provinces and territories aimed at a better understanding of their role concerning public interest disclosures and recourse for whistleblowers.

“Today, there are public sector employees across Canada who believe they have experienced wrongdoing or suffered a reprisal. Public interest disclosure organizations, including Alberta’s Public Interest Commissioner’s office, offer a confidential avenue to report wrongdoing and will protect public sector employees who come forward. No organization is immune to wrongdoing and substantial risks exist when whistleblowers remain unheard and when wrongdoing goes unchecked.

“By recognizing Whistleblower Awareness Day, we reinforce the importance of effective mechanisms for reporting so courageous individuals feel confident that bringing matters of serious and significant wrongdoing to their employer’s awareness will result in positive steps towards resolution.”

The Public Interest Commissioner is an independent Officer of the Alberta Legislature, responsible for investigating allegations of wrongdoing and complaints of reprisal made by employees in the public sector.

The office opened on June 1, 2013, when the Public Interest Disclosure (Whistleblower Protection) Act came into force.