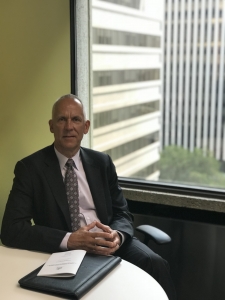 Prior to joining the Ombudsman and Public Interest Commissioner’s offices, Mr. Sherstan worked in the private sector within the Investigative and Risk Management Services department of a major league sports and entertainment corporation. He was also a member of the Royal Canadian Mounted Police (RCMP) for over 31 years having served in three different provinces as well as the Yukon Territory.

Mr. Sherstan holds a Bachelor of Arts as well as a Masters of Business Administration degree and has instructed at both the RCMP Training Academy and the Canadian Police College. Mr. Sherstan enjoys outdoor activities and in his free time can be found cycling and rock climbing.